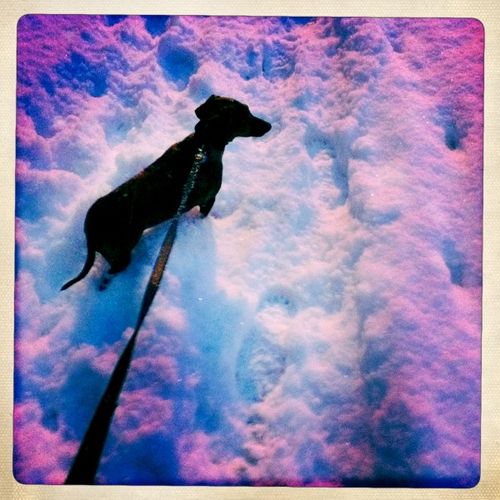 The other night Ellie and I went for a stroll in the snow.  It was deeper than I thought it was. And I'm a little disappointed that you can't tell in this picture.  But there was a point when all that showed of Ellie was the top of her head.  It was hilarious.

I let her off the leash when we got to the park and she took of bounding in the the snow.  She boinged around nicely and obeyed when I called her back.  She really is a good little dog.

She seems to enjoy being out in the snow.  Which is nice.  Because it'll be snowing here for the next… oh… about 5 months.  It's awesome.  With a touch of sarcasm.