For the first time in a really, really, really long time I finished TWO books in one month. My younger self scoffs at this “accomplishment,” but in response I say, that’s enough of your shade, kiddo.

I’m much more keen on getting eight hours of sleep than I was 20 years ago.

First up: “Into the Wild,” by Jon Krakauer. I first heard of this one from a good friend a few years ago while living in Salt Lake City. At the time, I was in school and not very intrigued by non fiction, so I made a mental note to check it out “later.” Fast forward two years and I was living in Southeast Alaska reading articles about multiple “tourists” who needed to be rescued after getting stranded at McCandless’s bus. Silly people, going out into the wild of Alaska, practically worshiping a young man who died because of his own inexperience.

To me, the whole thing was irresponsible, and I supported the idea of moving the bus to the accessible side of the river so taxpayer dollars wouldn’t be spent rescuing these followers of McCandless. Besides, they would probably get to the bus on the easy side of the river, and then trek across to the river to see the actual spot and get stuck anyway. Sigh.

So, to drive the point home, I approached the idea of “Into the Wild” with a hefty amount of skepticism. Additionally, upon moving from Alaska, I finally watched the movie “Into the Wild,” and felt even more disdain for McCandless and his “followers.”

BUT, after reading the book, my outlook has changed a little. Just a little. In the book, Krakauer recounts his own solo trips to Alaska. After he draws the parallels between McCandless and himself, I did identify with the reason and logic behind McCandless’s journey, and even recognized it in myself.

“When I decided to go to Alaska that April, like Chris McCandless, I was a raw youth who mistook passion for insight and acted according to an obscure, gap-ridden logic. I thought climbing the Devils Thumb would fix all that was wrong with my life. In the end, of course, it changed almost nothing. But I cam e to appreciate that mountains make poor receptacles for dreams. And I lived to tell my tale.

I recognize my own move to Alaska had similar motives, although I went about testing those motives in different ways. It was time for a new adventure in my life, but I went north with a job and apartment and a(n un)healthy dose of reality. (I mean, I sit squarely in the “I’m a realist” bucket.)

“He had a need to test himself in ways, as he was fond of saying, ‘that mattered.’ He possessed grand – some would say grandiose – spiritual ambitions. According to the moral absolutism that characterizes McCandless’s beliefs, a challenge in which a successful outcome is assured isn’t a challenge at all.”

While I don’t condone McCandless’s journey into the wilderness around Fairbanks – I still think that bus should be moved – I have a bit more understanding and respect for what motivated his actions.

Either way, the book was a great starting point for self-reflection and understanding. And it’s an excellent piece of non fiction – well researched, well structured, and well written. I recommend it.

Second up: “Desert Solitaire,” by Edward Abbey. This book has me missing Utah in a bad way. This is my first experience reading Abbey, and he is a fantastic writer. As a native of the California desert, and lover of Utah, the way he describes the Utah desert speaks right to my soul.

“The dry sand, scattered with pebbles, seemed alive. The surface of the ground was palpitating softly, steadily, as if breathing. And each pebble, formerly so dull and sun-bleached, now shone like a jewel.”

Abbey also touched my adventure-spirit, and I now crave a long road trip or backpacking excursion to explore and adventure through summer, the mountains, and the desert. I so loved his disdain for tourists and development of wilderness, and recognized my own feelings in many of his passages. 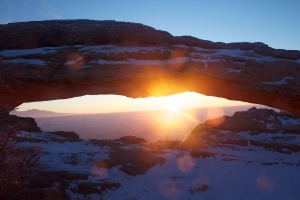 “Do not jump in your automobile next June and rush out to the canyon country hoping to see some of that which I have attempted to evoke in these pages. In the first place, you can’t see anything from a car; you’ve got to get out of the goddamned contraption and walk, better yet crawl, on hands and knees, over the sandstone and through the thornbush and cactus. When traces of blood begin to mark your trail you’ll see something, maybe. Probably not. In the second place most of what I write about in this book is already gone or going under fast. This is not a travel guide but an elegy. A memorial You’re holding a tombstone in your hands. A bloody rock. Don’t drop it on your foot – throw it at something big and glassy. What do you have to lose?”

“At once I spot the unmistakable signs of tourist culture – tin cans and tinfoil dumped in a fireplace, a dirty sock dangling from a bush, a worn-out tennis shoe in the bottom of a clear spring, gum wrappers, cigarette butts, a bottlecaps everywhere. This must be it, the way to Rainbow Bridge; it appears that we may have come too late. Slobivius americanus has been here first.”

“A venturesome minority will always be eager to set off on their own, and no obstacles should be placed in their path; let them take risks, for Godsake, let them get lost, sunburnt, stranded, drowned, eaten by bears, buried alive under avalanches – that is the right and privilege of any free American.”

And his description of Los Angeles could not be more perfect.

“There’s something in the prospect southwest from Barstow which makes one hesitate. Although recently, driving my own truck, I did succeed in penetrating as close as San Bernadino. But was hurled back by what appeared to be clouds of mustard gas rolling in from the west on a very broad front.”

Ah, smog. I wonder if Abbey would have anything to add regarding the air quality in Salt Lake City these days? He’s add a bit more vitriol, I’m sure.

And that concludes my books for June. There were, of course, countless news articles, longform magazine articles, and hours upon hours of television. 🙂 Summer is here now, and that is the time for books and hammocks and sunshine. And basil mint lemonade slushies.