I usually don't blog on Sunday.  Well, not in the morning for posting right away.  And really I try to stay away from the computer for the most part too.  Which doesn't always work out the way I want it too.

I typically break down late afternoon and start the blog hopping, facebook stalking, and other such nonsense that doesn't add value to my life.

And then I begin blogging for the rest of the week.  I start posts, mostly finish them, and save them for later.  Which is a life saver at 4 am when my brain is still fuzzy and I can't sort through the thoughts and emotions that have started buzzing around in there.

Which is similar to what's happening to me today.

There are so many things I want to be doing.  I feel as though I've taken many weeks off of life due to being out of town for Christmas, to being sick and moving over New Year's, to suddenly whisking myself out of town for family obligations.  And now I'm home and in the midst of starting a new beginning in my life.  And because of the happenings of the last month I've put many thoughts, ideas, tasks, and plans on the back burner.  And now the back burner has too many pots on it.  And now the back burner is overflowing to the front burner.  And something is burning in the oven.  And something else exploded in the microwave. And the mixer is going at high speed.

Are you picking up what I'm putting down?

I feel like I need to start over.  All these things that have been floating and simmering and baking in my brain are too jumbled up to make sense out of.

For some reason, the baked potatoes jumped into the pan with the chocolate frosting.  And I'm not sure how that happened. 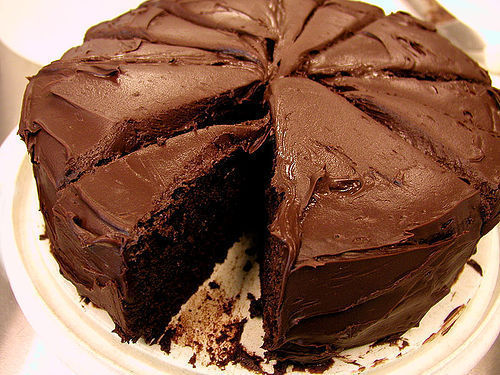 So I'll be taking today to pick the potatoes out of the chocolate.  For too long things have been jumbled up and it's starting to affect my daily life.  I can't put them off any longer.

I'll be sorting and organizing and writing down and listing.

And the big debate at the moment?  Do I do all this after I pick up a coffee bean grinder or before?

Because yesterday I got whole bean coffee instead of grounds.

Because I was thinking about something else.

And you can't brew coffee from whole beans.

And maybe I'll pick up a french press while I'm at it.

And a book on Puerto Rico since I'll be in the neighborhood.

And for some reason I feel like baking which means I need to run to the other apartment and get the recipe books I forgot to pack yesterday.

And since I'll be there I might as well take the boxes over and spend a bit of time packing up the last of the stuff.

And bring a load over.

But all I really want to do is make cupcakes.

And sort all the mess that is jumbled in my brain.

And maybe some yoga too.

You see my problem??